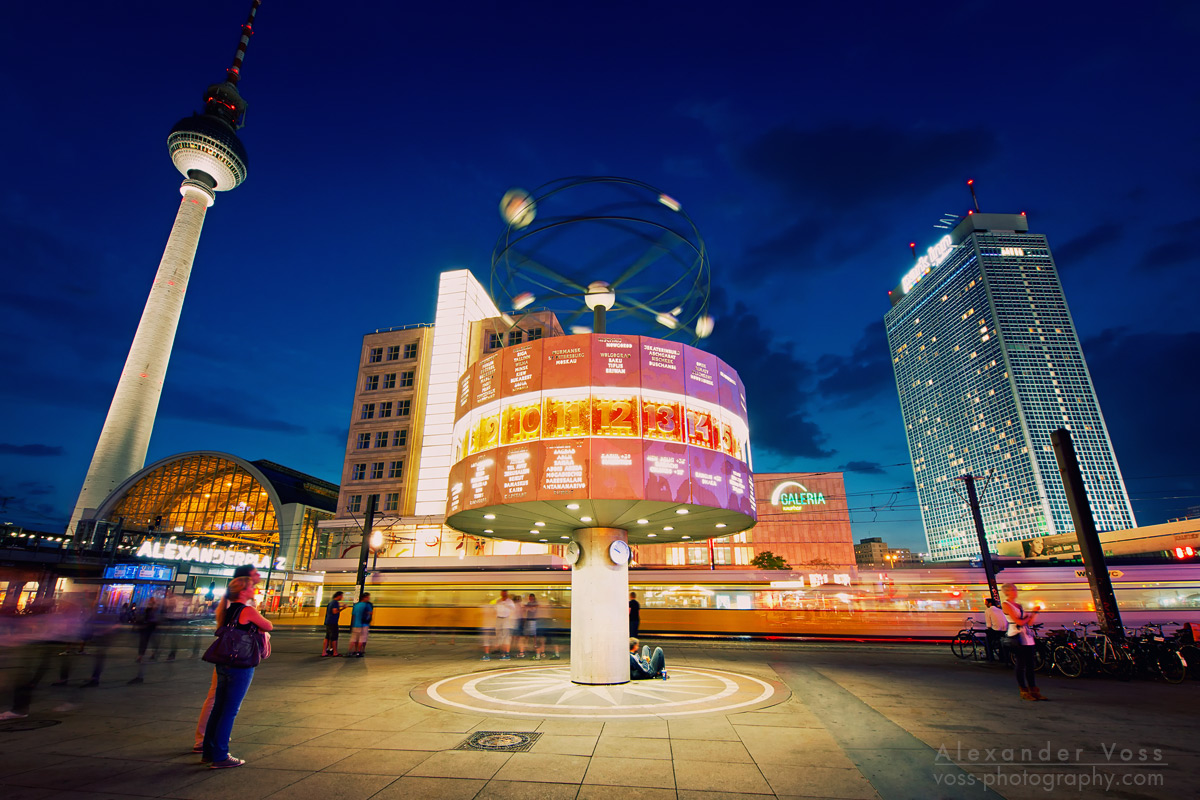 An impression of Berlin Alexanderplatz.

The photo was taken at blue hour and shows in the foreground the famous World Clock (Weltzeituhr), since its construction in 1969 a popular meeting and appointment point on the ‘Alex’.

The area of today’s Alexanderplatz was originally outside the city walls of Berlin. The square received its name only in 1805 in honor of the visit of Russian Tsar Alexander I.

With the rapid growth of Berlin, Alexanderplatz became the epitome of modernity and urbanity.
Alfred Döblin turned the turbulent life of this period into a literary monument in his novel “Berlin Alexanderplatz” (1929).

After the severe destruction of the war, Alexanderplatz underwent a profound ‘transformation’ that was to make it the representative center of the capital of the GDR.

Today, the ‘Alex’ is once again one of the busiest traffic hubs in the capital, but probably no one is really satisfied with the actual urban development state.
Between demolitions and new buildings, Alexanderplatz is trying to find its lost soul again – only the future will show whether it succeeds. 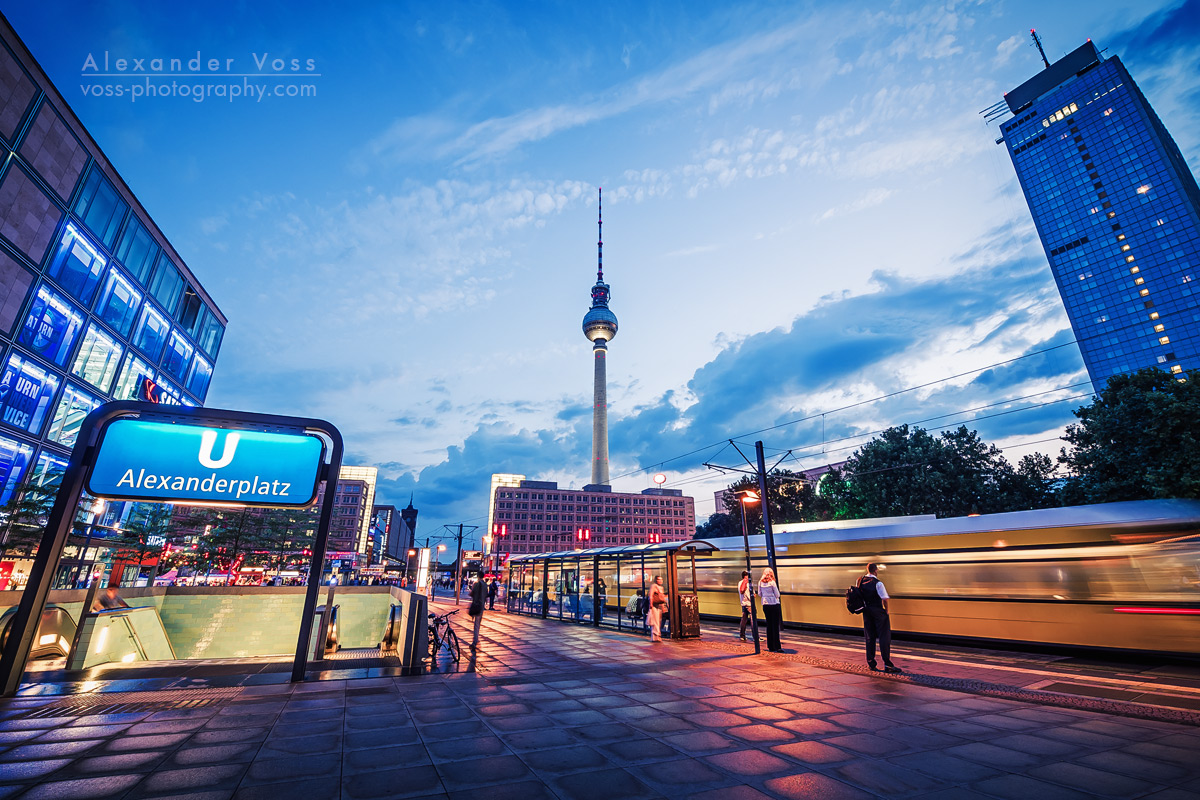 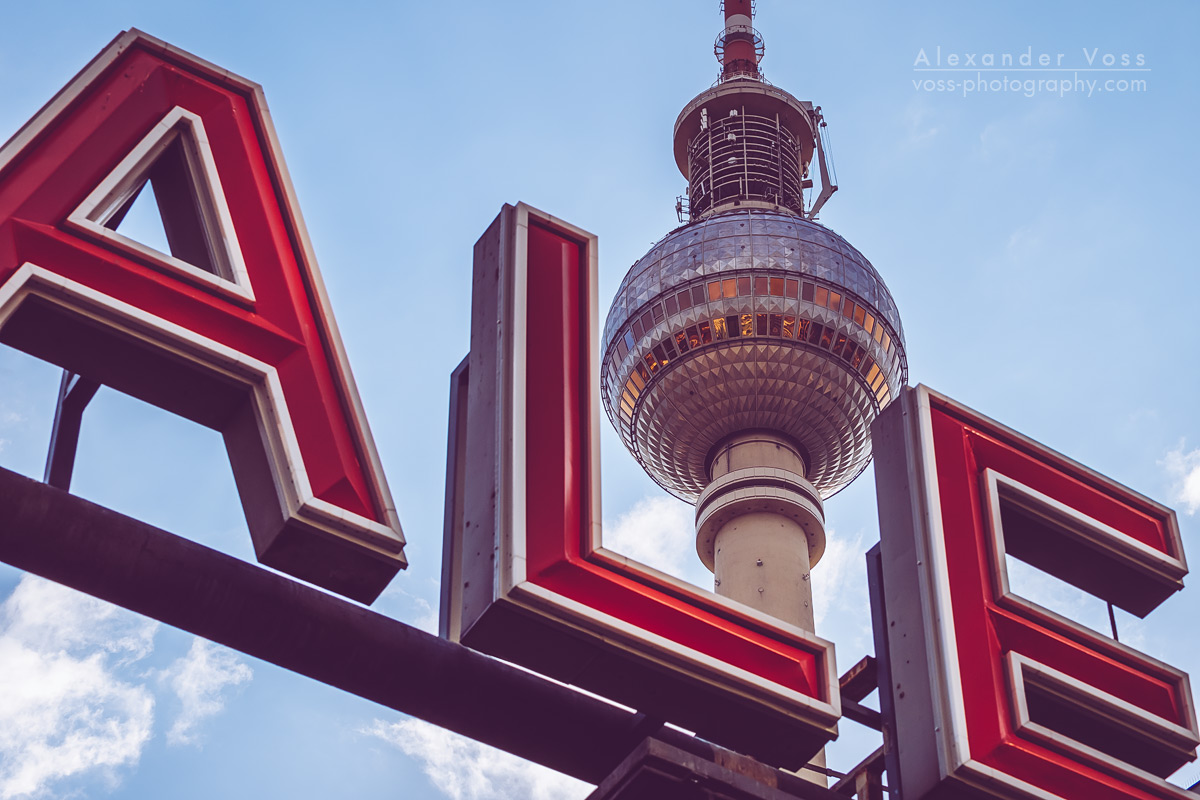 The characteristic illuminated letters of Alexanderplatz station, with the TV tower in the background. 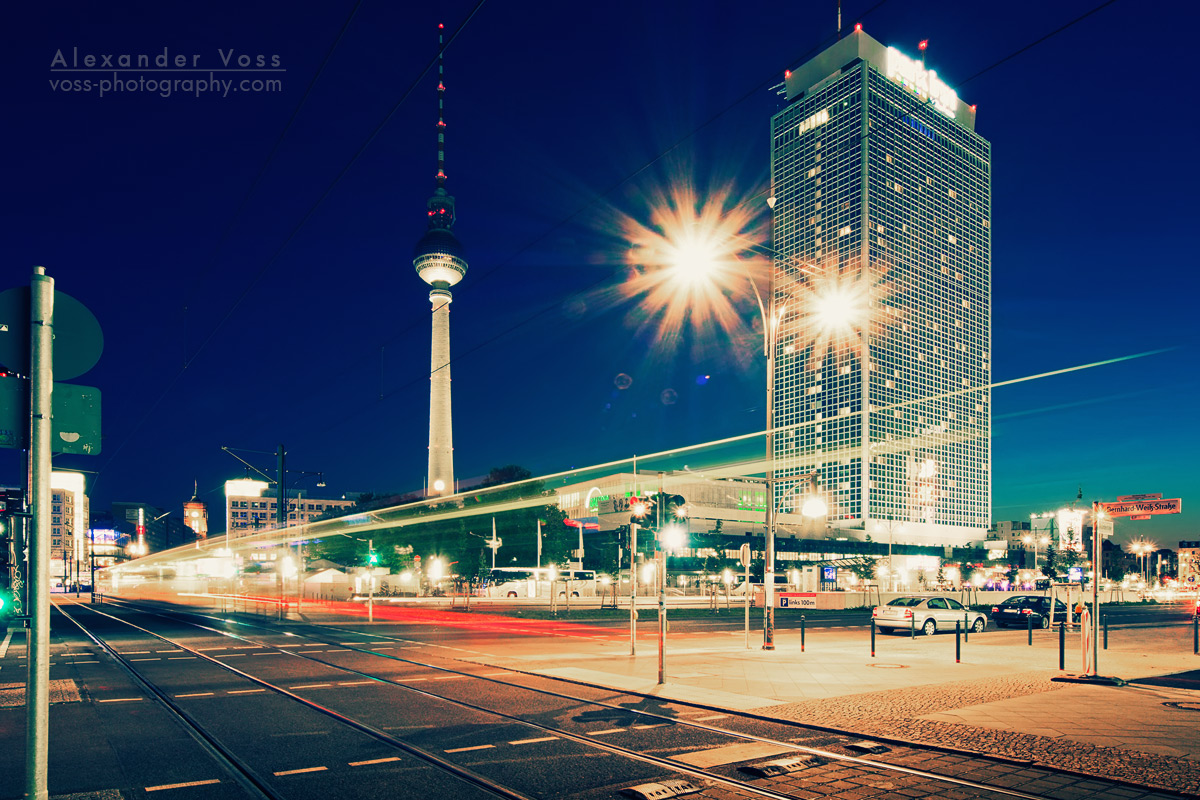 A night shot with the light trails of a tram. 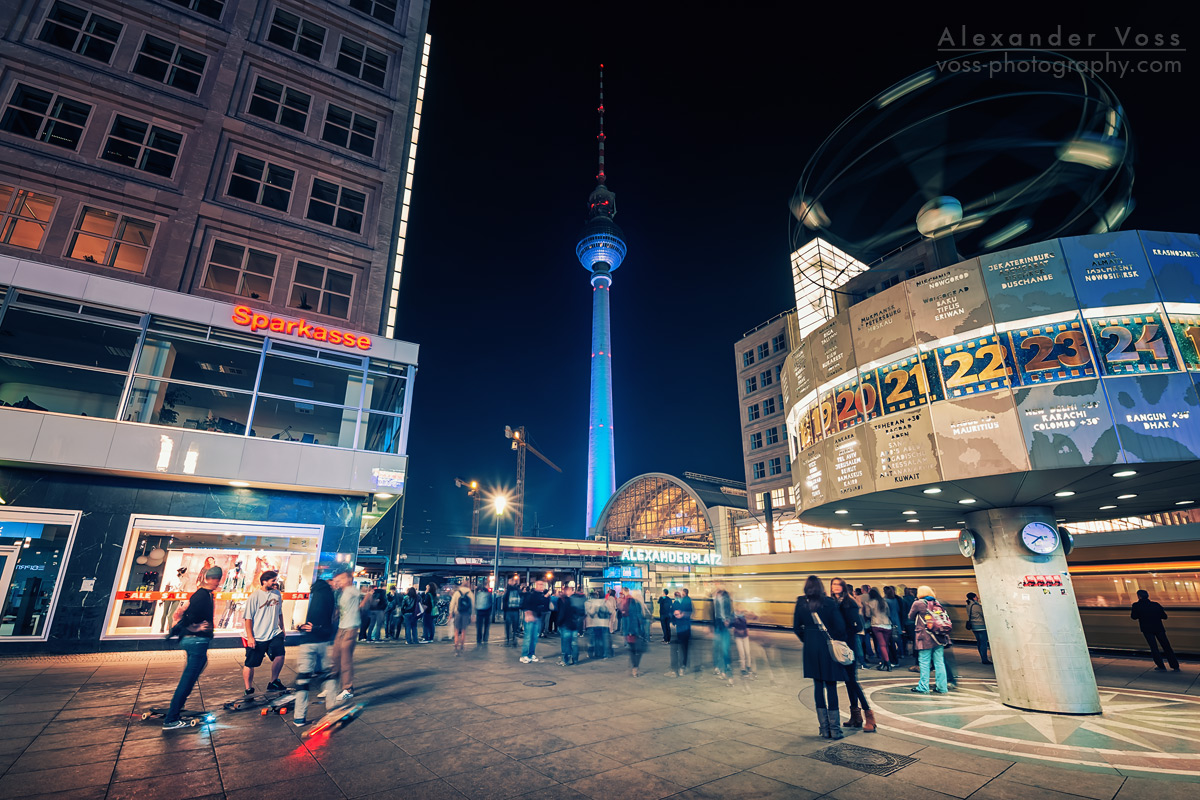 A popular meeting place for Berliners and tourists: The World Clock on Alexanderplatz. 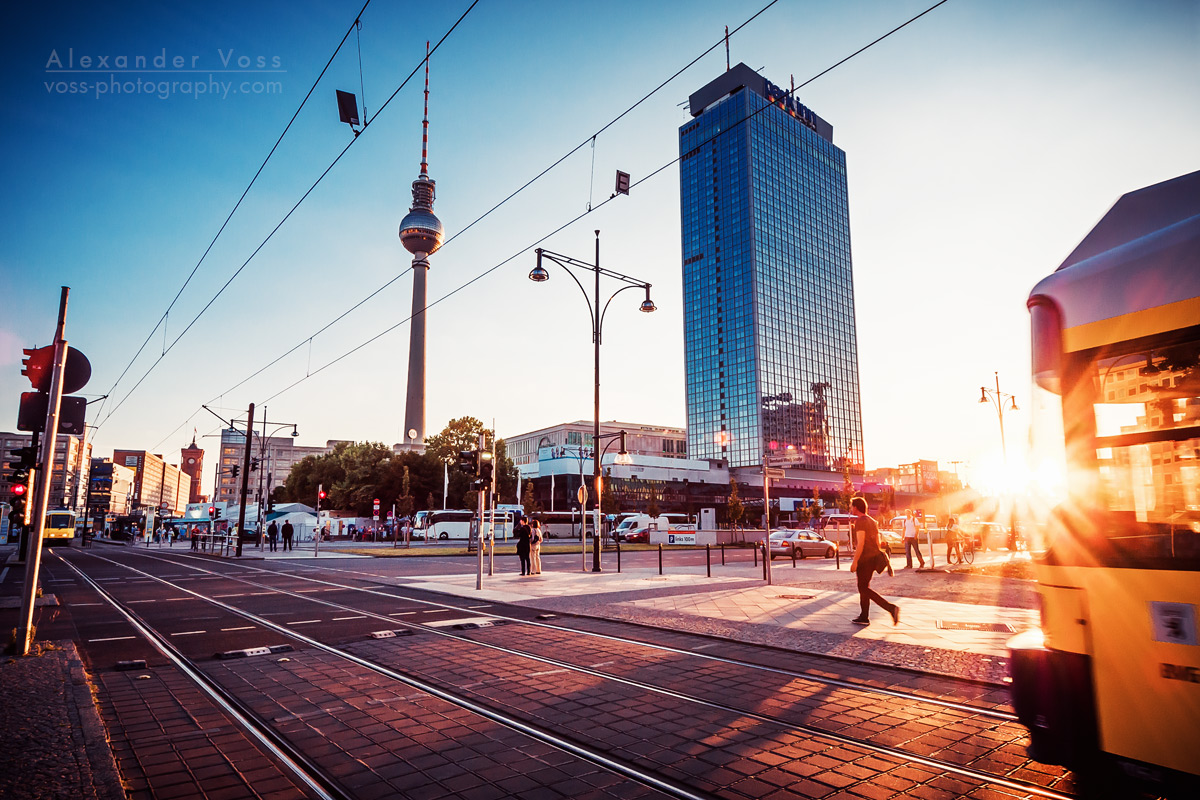 A view in the direction of Alexanderplatz, with the backlight of the setting sun. 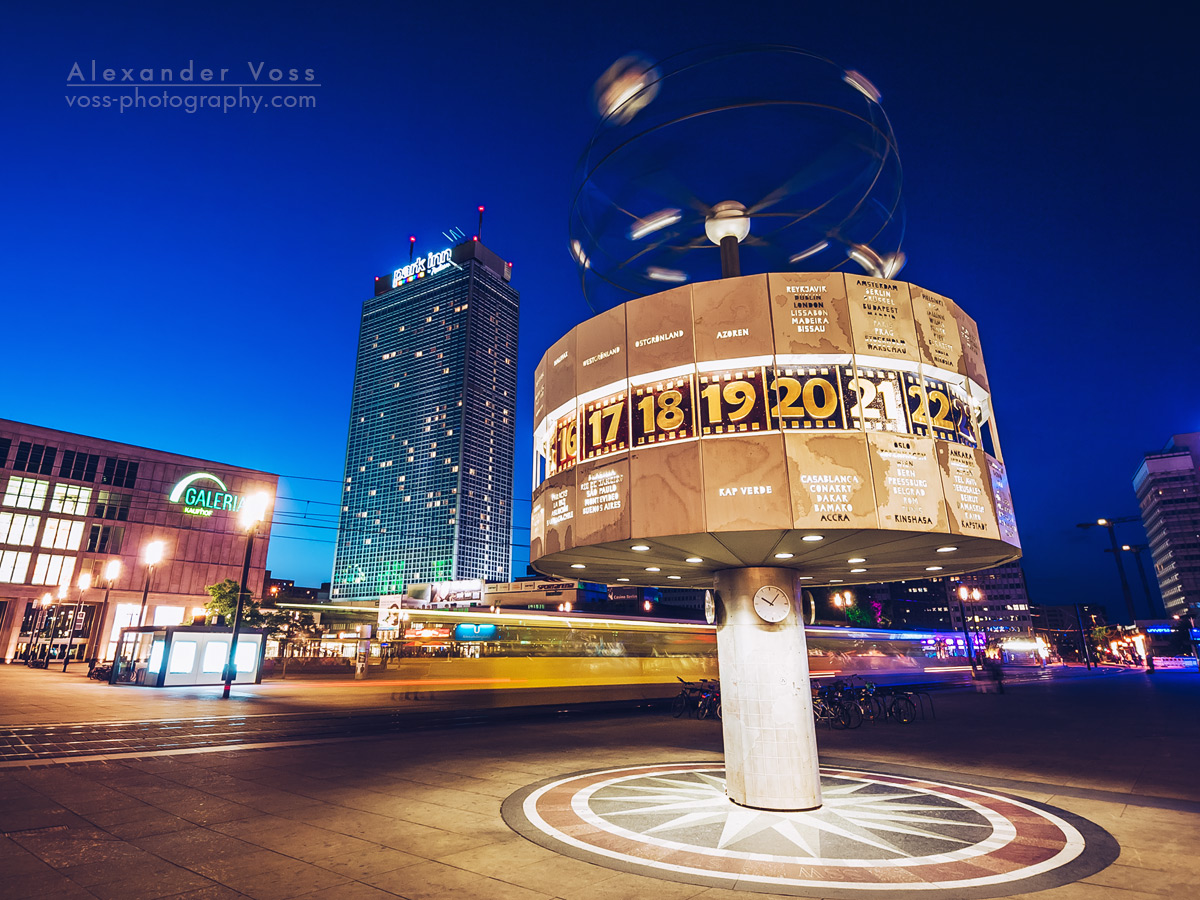 A Berlin landmark since 1969: The World Clock on Alexanderplatz. 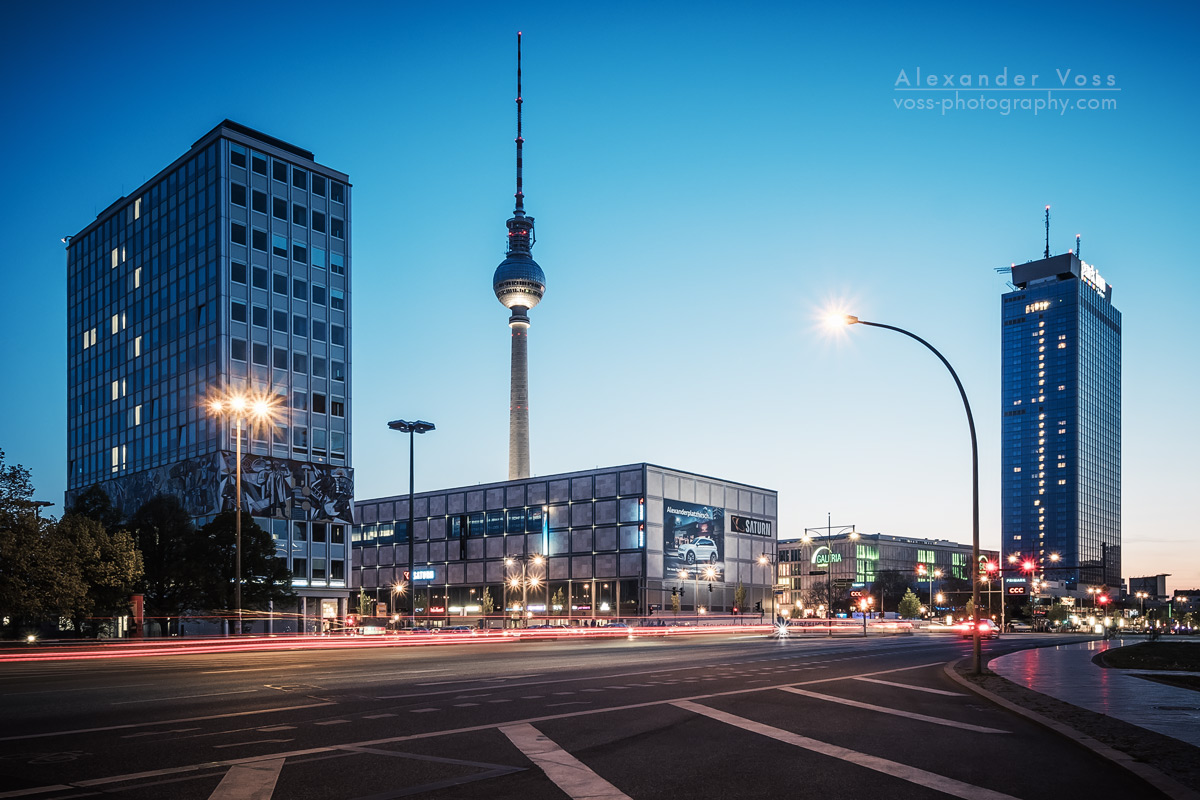 An architectural impression of Alexanderplatz in Berlin.
The photo shows a view from Karl-Marx-Allee of the Haus des Lehrers (opened in 1964), the commercial building die mitte (2009), the TV Tower (1969) and the Park Inn hotel (1970).