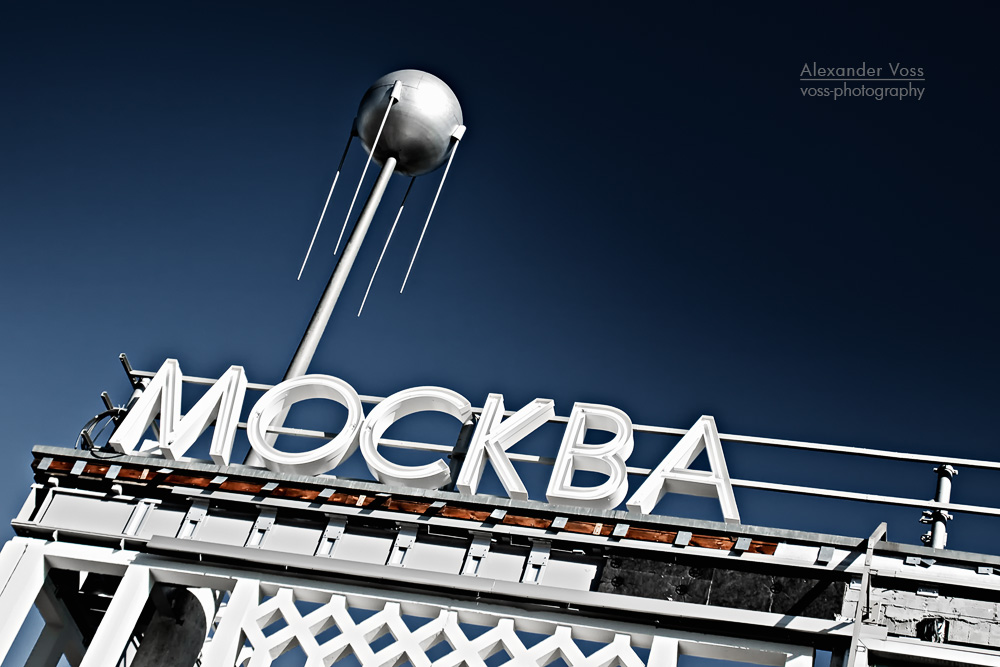 A detail shot of the “Café Moskau” on Karl-Marx-Allee (the former East-Berlin “Stalin-Allee”).

It was built in 1961-64 with a full-scale replica of the soviet “Sputnik” attached to the roof.

The Cyrillic letters “MOCKBA” are pronounced like “Maskvá”, which is the Russian name for Moscow (“Moskau” in German).