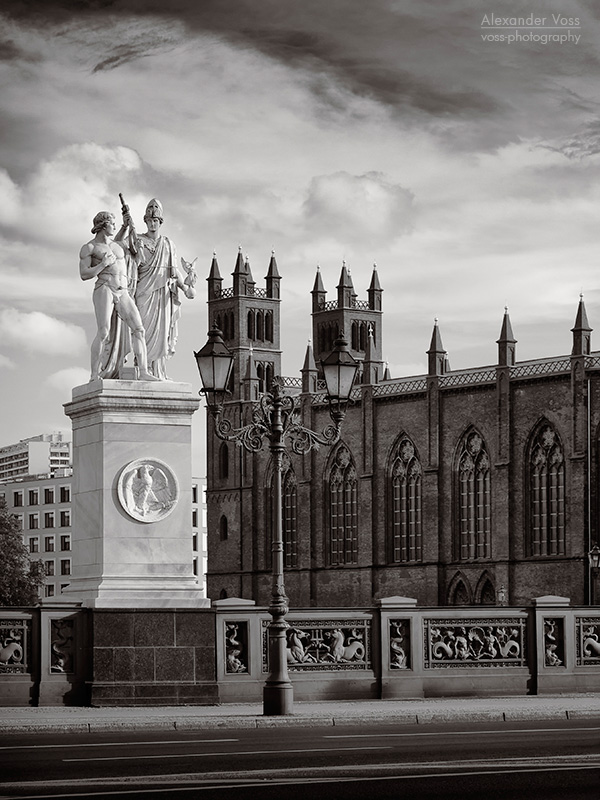 A view of the “Schloßbrücke” (Palace Bridge) in Berlin-Mitte, designed by Karl Friedrich Schinkel and constructed in 1821-24. Crossing a branch of the river Spree at the eastern end of the boulevard “Unter den Linden”, it is considered to be one of the most beautiful out of the numerous bridges in Berlin.

The bridge is accompanied by eight groups of figures from white marble, showing the development of a hero from early youth to his death on battlefield and the taking of his body to Mount Olympus.
The statue shown in the photo is named “Athene bewaffnet den Krieger” (Athena arms the warrior) by Karl Heinrich Möller (1851).

In the background you see a Neo-Gothic church, the “Friedrichswerdersche Kirche”, also designed by Schinkel.