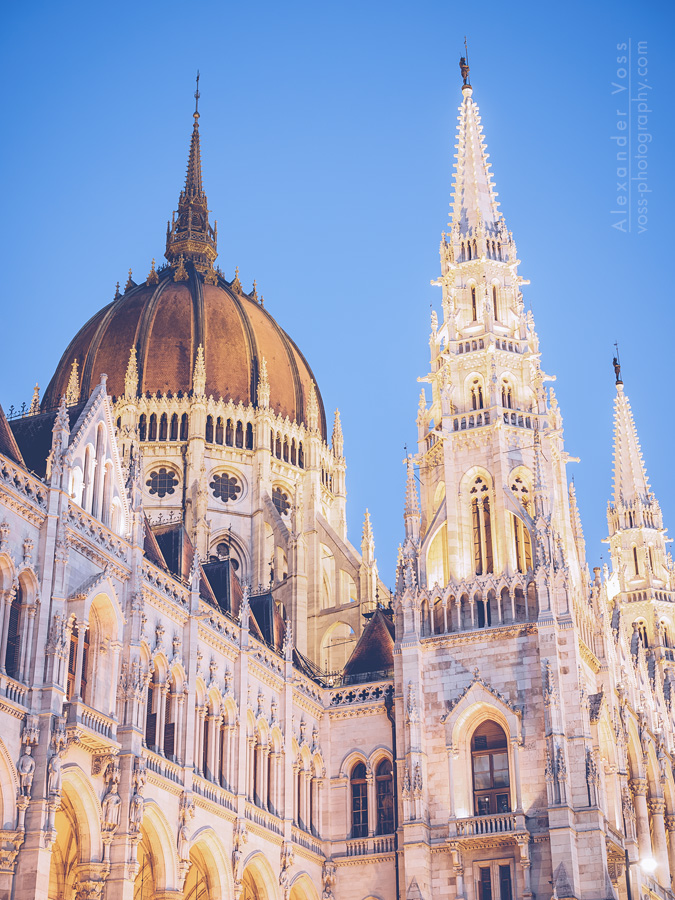 An architectural impression from the Hungarian capital Budapest.

The photo was taken at the blue hour and shows a view of the dome of the Parliament building.

The Budapest Parliament was built in 1885 – 1904 directly on the banks of the Danube. With its neo-Gothic architecture, it is considered one of the most impressive buildings in Europe and, of course, a landmark of Budapest. 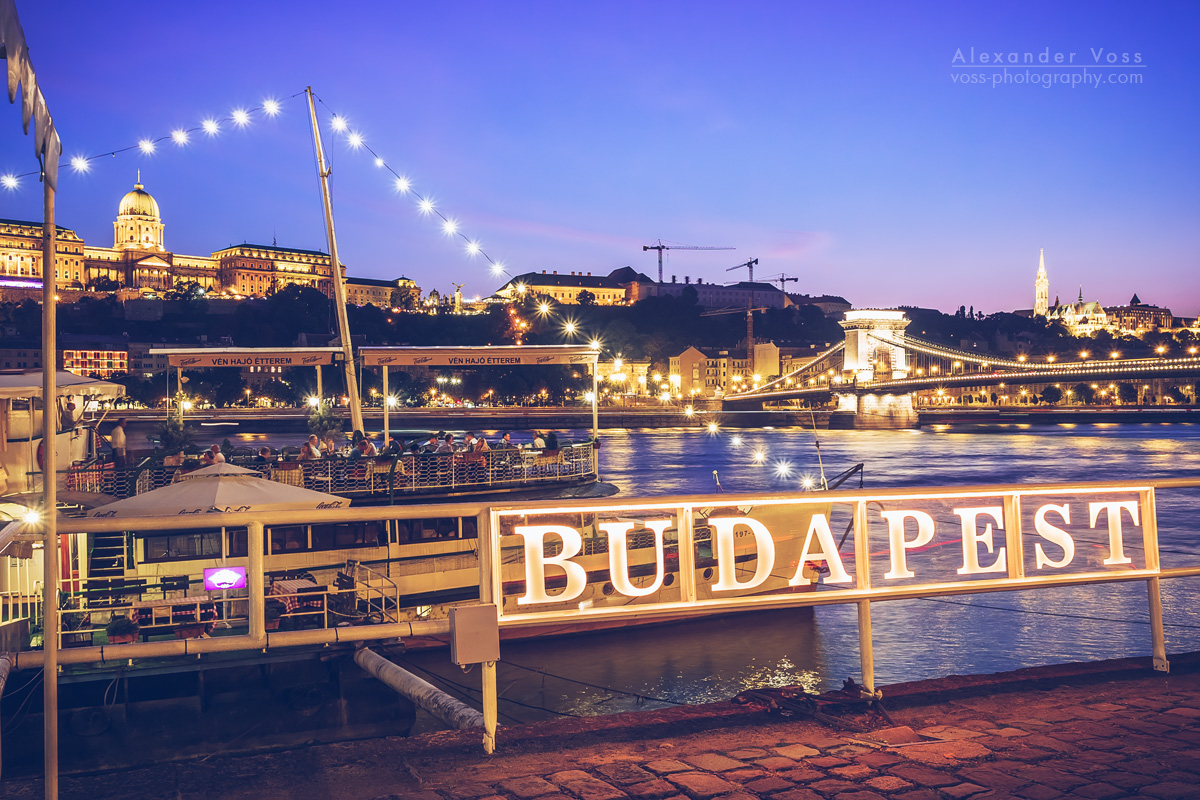 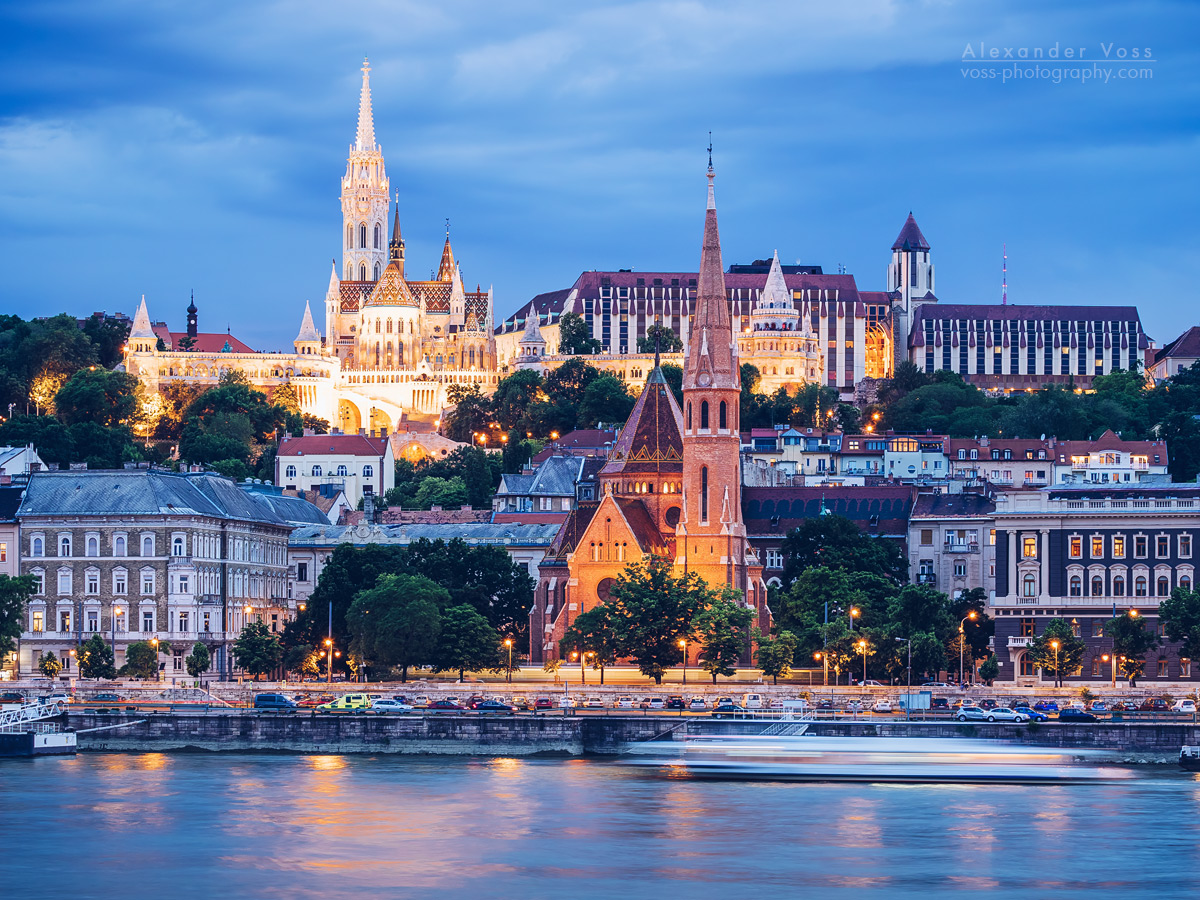 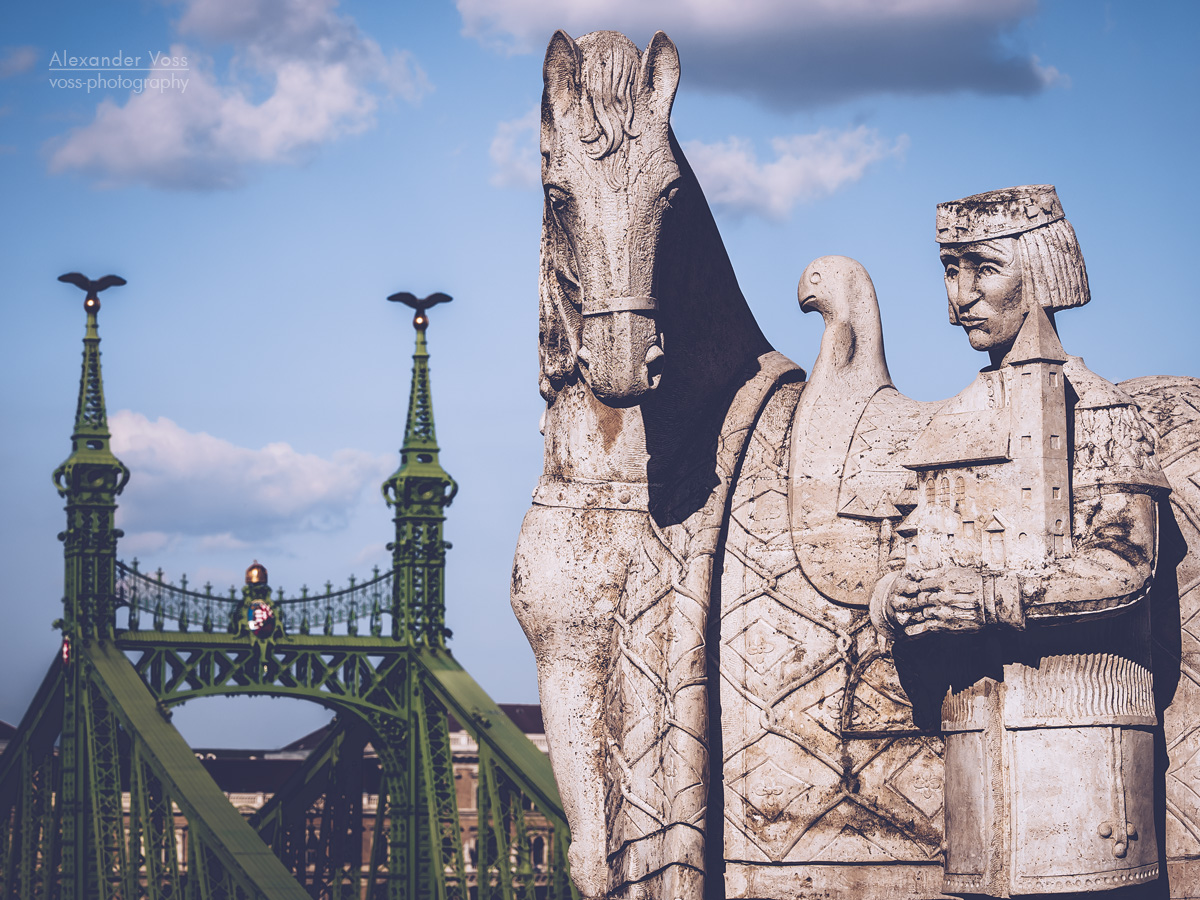