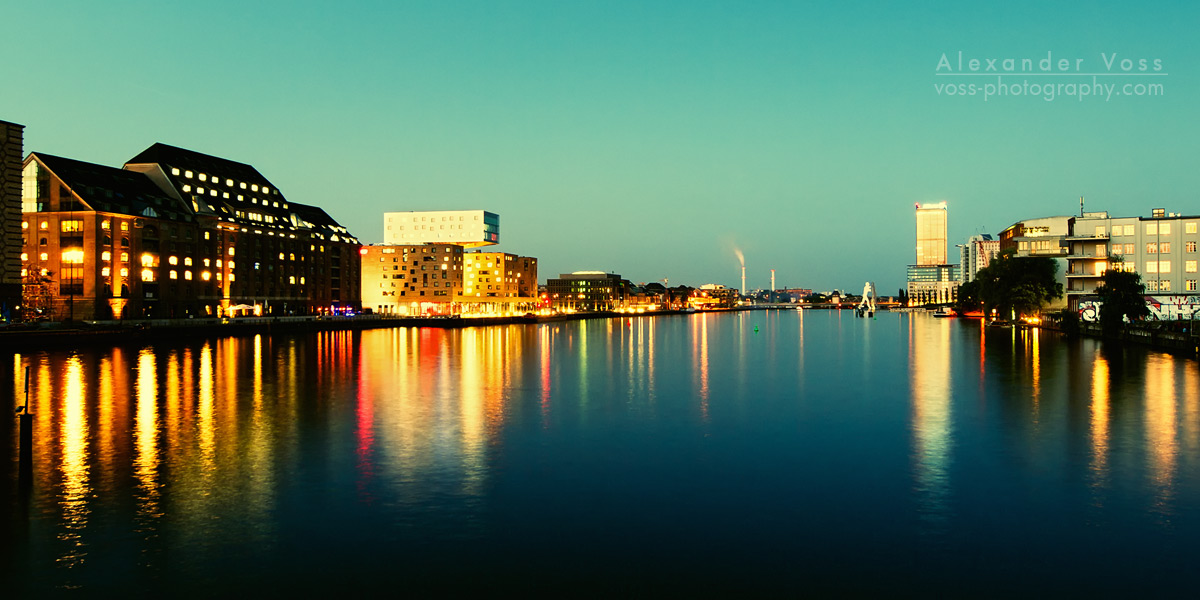 A panorama of the Osthafen Berlin.
The photo was taken at the blue hour and shows a view from the Oberbaum Bridge over the Spree.

Until the 1990s, coal tugboats and cargo ships were still docked here, because the Osthafen was an important inland port and elementary for the supply of the city.

Today, the former port and industrial area is considered a “filet piece” of Friedrichshain-Kreuzberg.

The historic warehouse buildings are a popular location for the creative scene; for example, Universal Music and MTV Germany are headquartered here.
In addition, striking new buildings such as the Hotel nhow Berlin have been created, which also bring the Spree embankment architecturally into the 21st century.

From coals and potatoes to hipster hotspot – the development of Berlin’s Osthafen is truly remarkable. 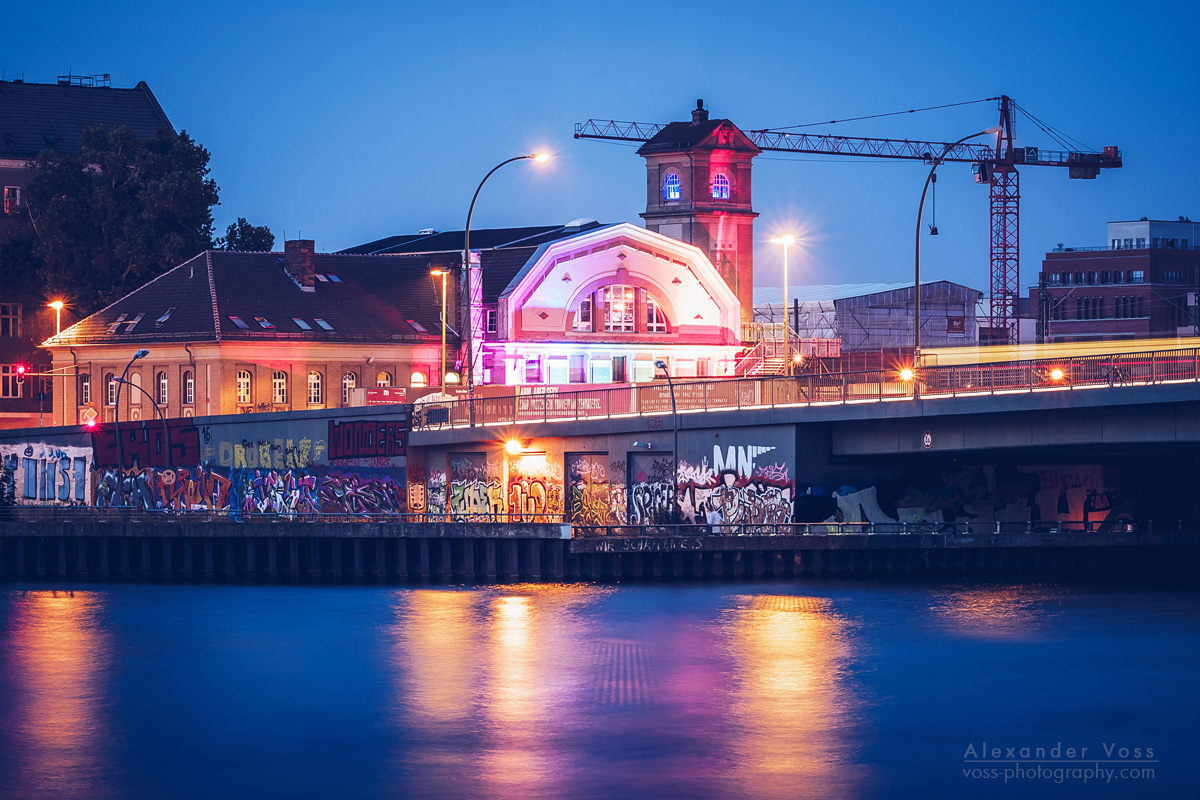 A view over the Spree river to the Elsenbrücke bridge and the former Osthafen power plant. 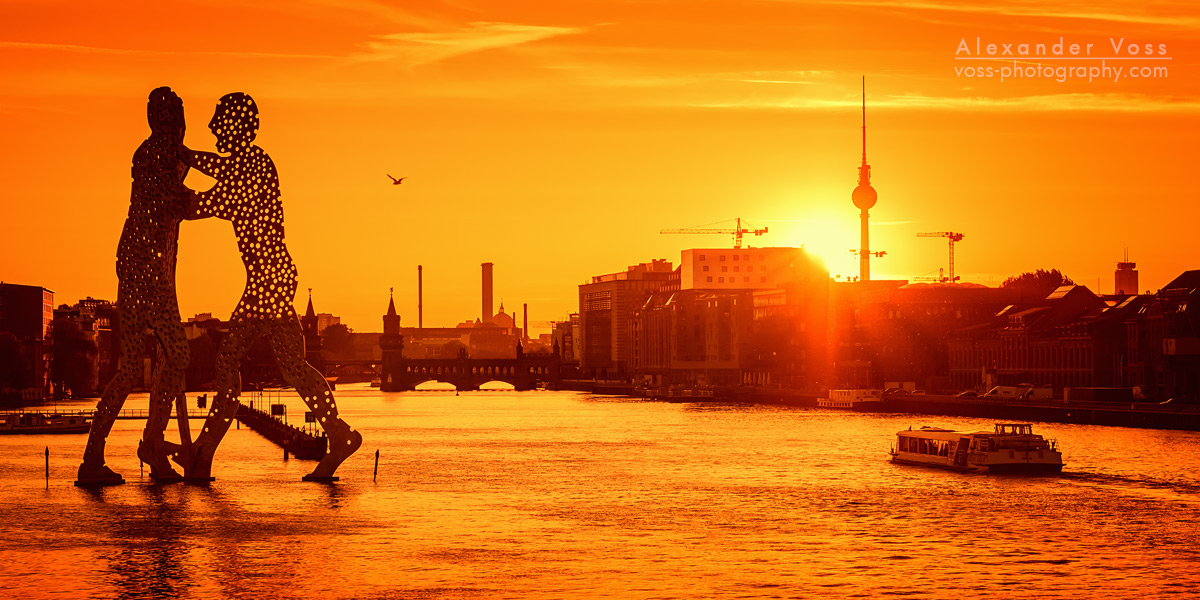 A sunset over the Osthafen area.

The photo shows a view over the Spree river onto the Molecule Man and the skyline of Berlin. 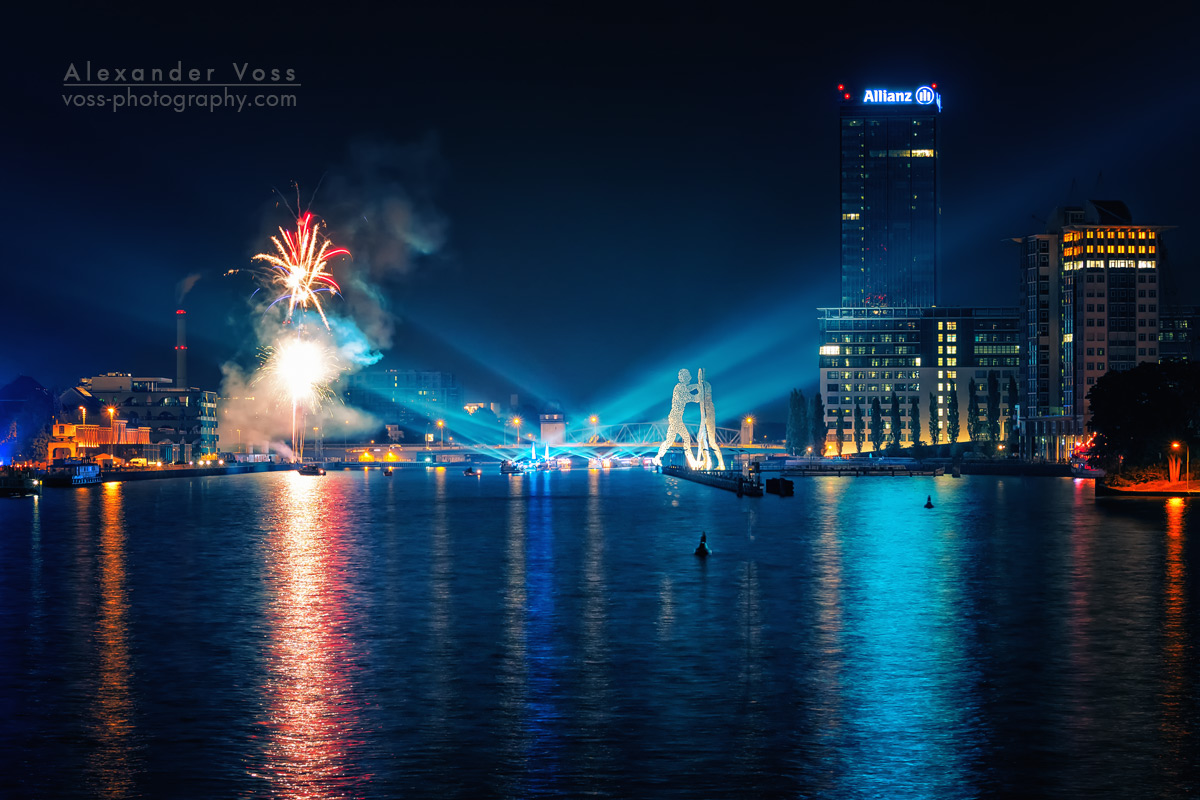 A night shot with fireworks at the former Osthafen.

The photo shows a view from the Oberbaum Bridge in the direction of Treptowers and Molecule Man. 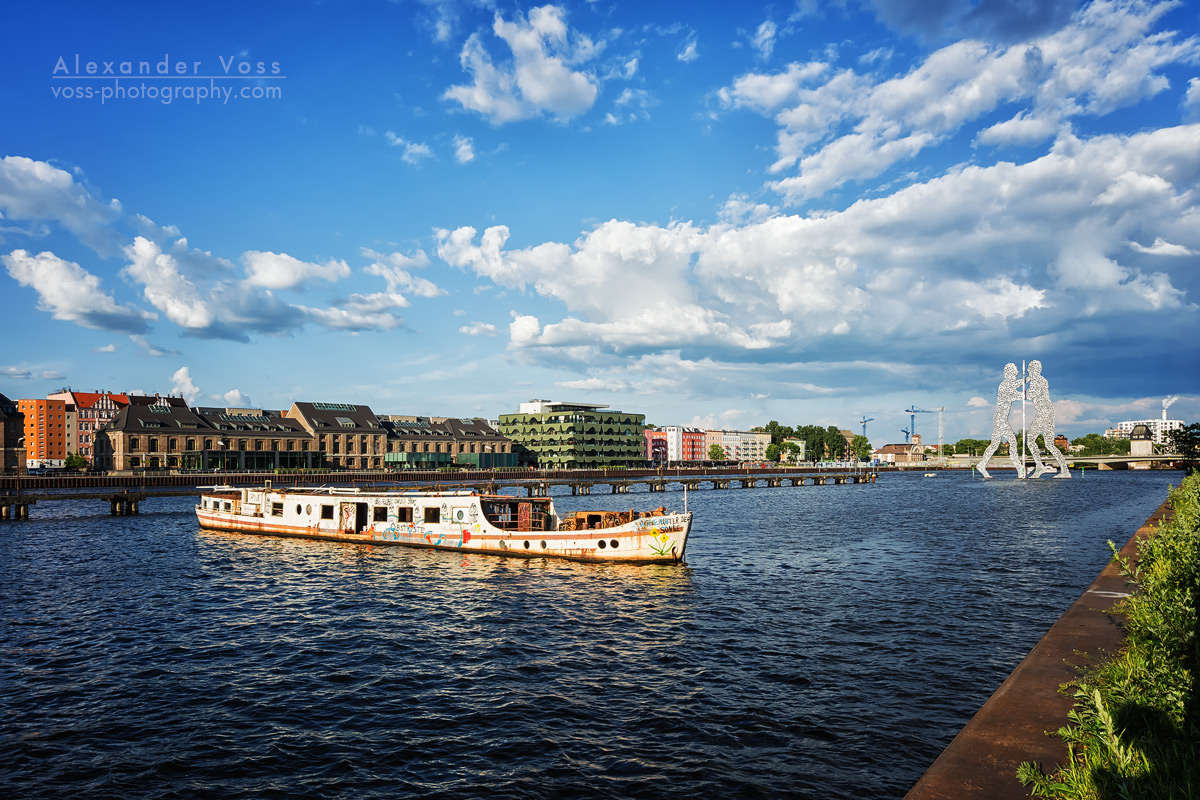 A view across the Spree River at Berlin’s Osthafen, showing the wreck of the Dr. Ingrid Wengler and the sculpture Molecule Man. 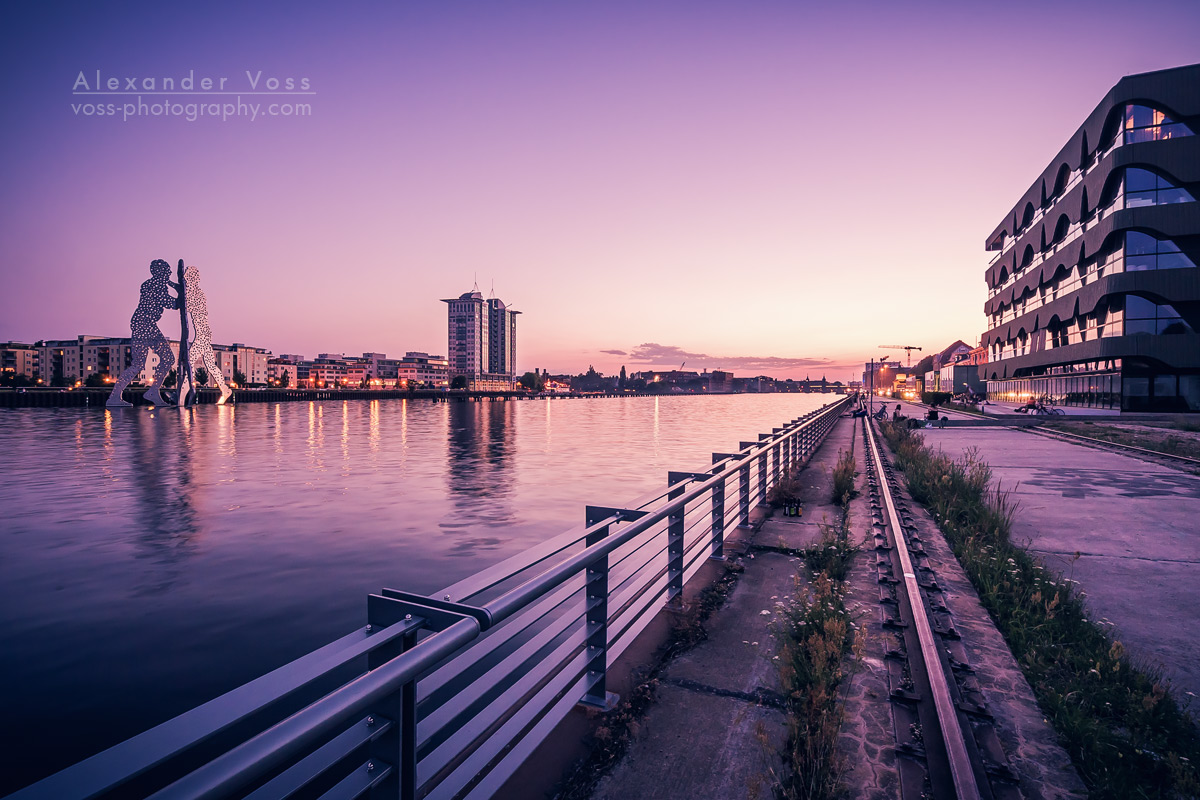 A view from the banks of the Spree in Friedrichshain. 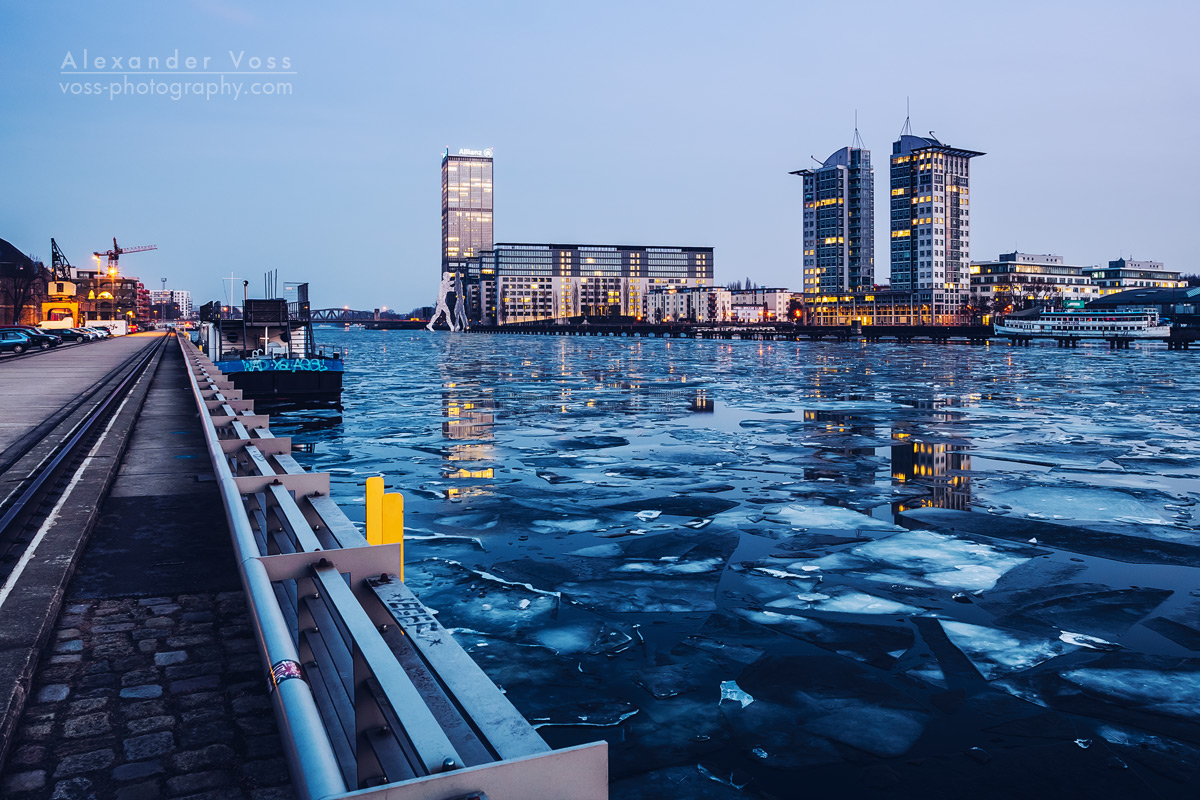 Winter in Berlin: A view of the Osthafen area, with the ice-covered Spree. 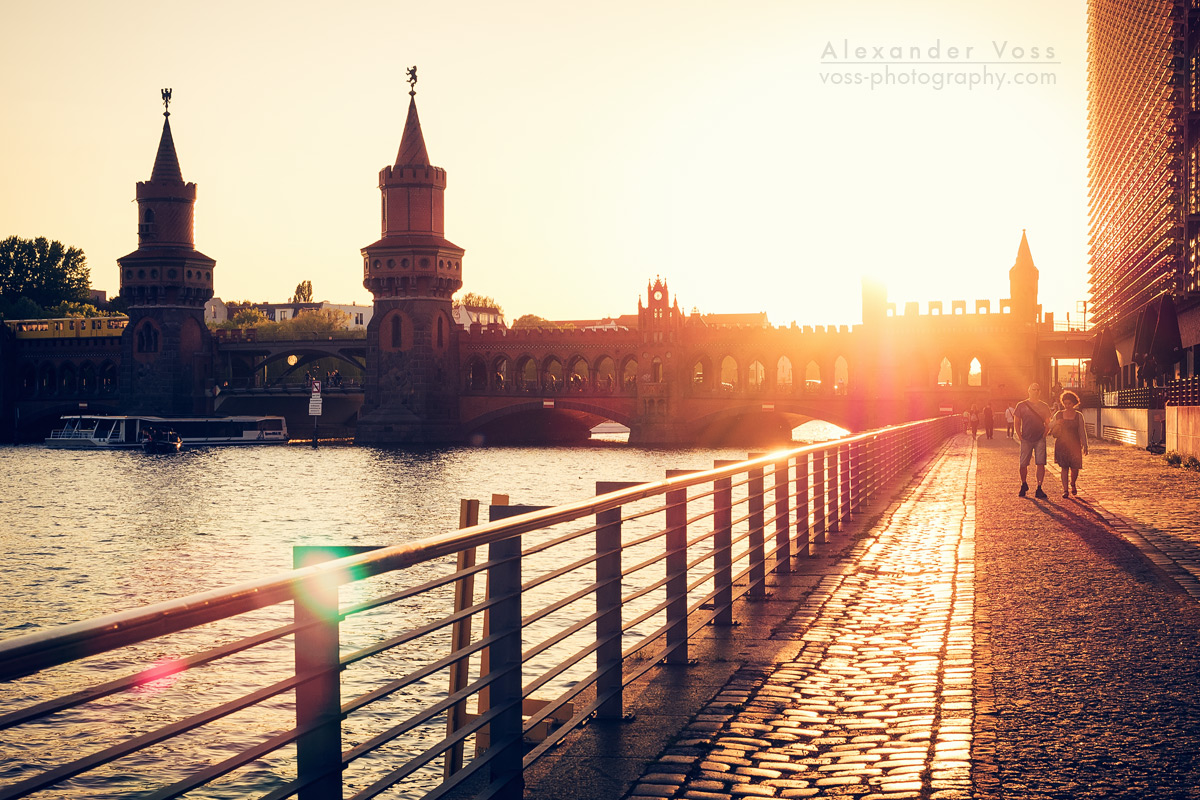 A summer evening in Berlin, with the sun in the face and a view onto the Oberbaum Bridge. 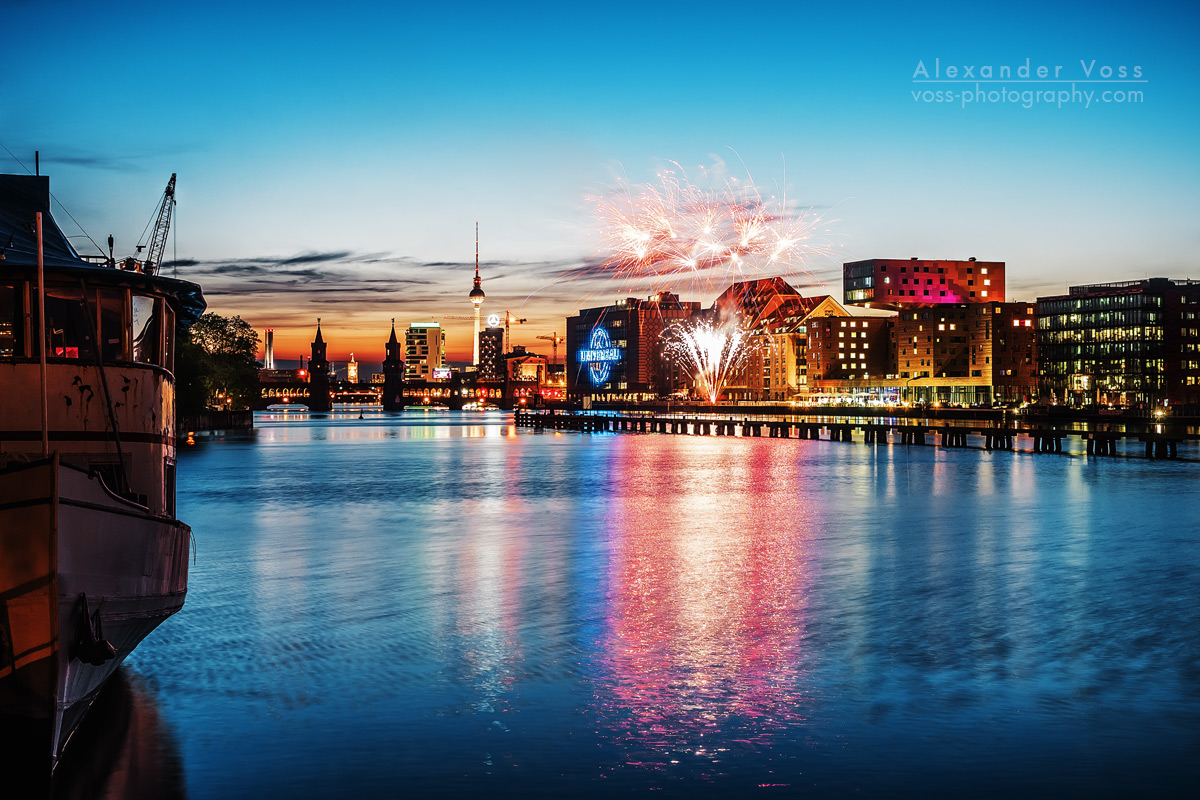