The legendary Volksbühne Berlin in the light of the Blue Hour.

The Volksbühne at Rosa-Luxemburg-Platz was opened in 1914.
Its striking architecture was designed by Oskar Kaufmann, who also created the Hebbel Theater and the Renaissance Theater in Berlin.

In Berlin’s cultural scene, the Volksbühne is considered a firm authority; its long list of artistic directors, directors and actors includes many famous and illustrious names.

The end of Frank Castorf’s longtime directorship in 2017 and the appointment of Chris Dercon as his successor caused fierce controversy, culminating in a squat and the evacuation of the building by police.

Following Dercon’s ouster and an interlude by Klaus Dörr, the Volksbühne is currently (2021/22 season) directed by René Pollesch. 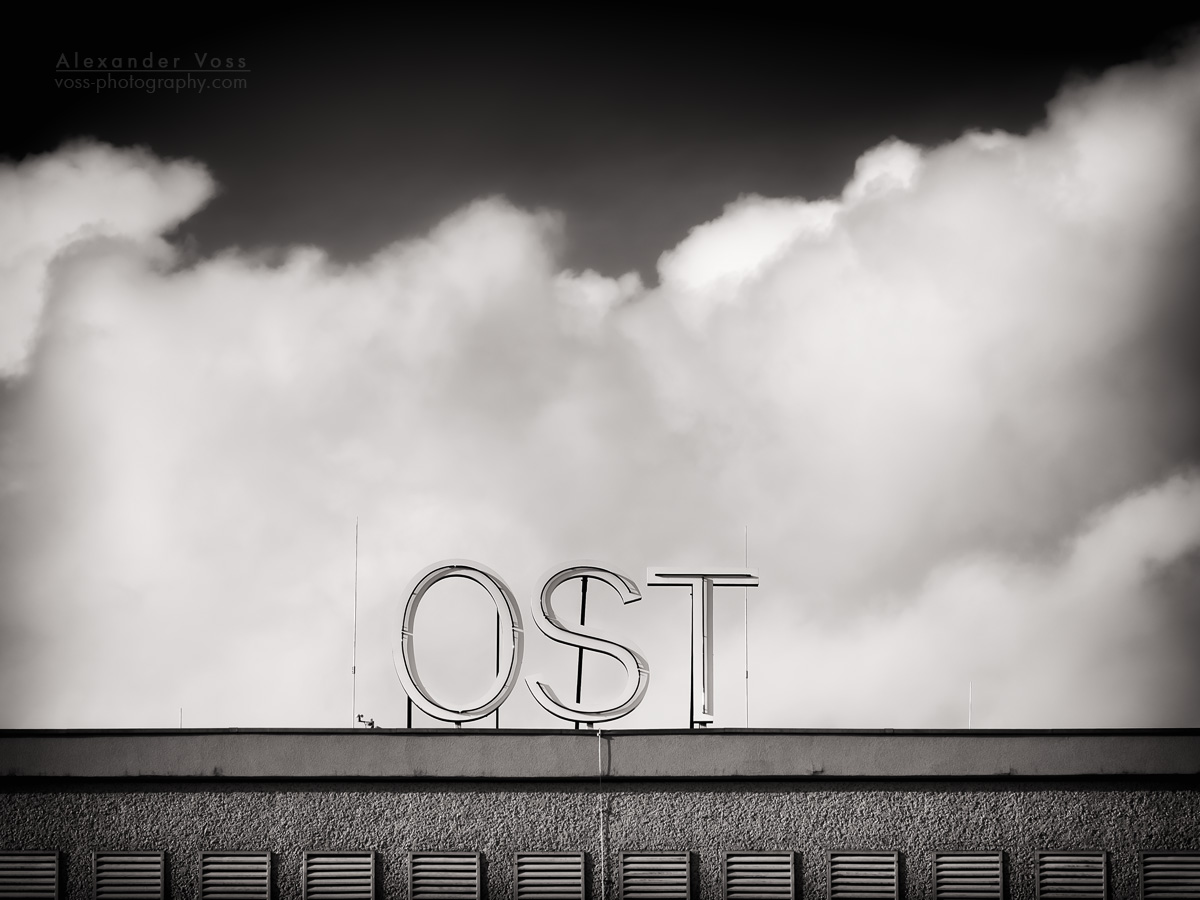 The famous lettering “OST” on the roof of the Volksbühne.

In June 2017, at the end of Frank Castorf’s many years as director of the Volksbühne, the installation was removed. Until then, the concise and ambiguous lettering was a landmark of Berlin visible from afar. 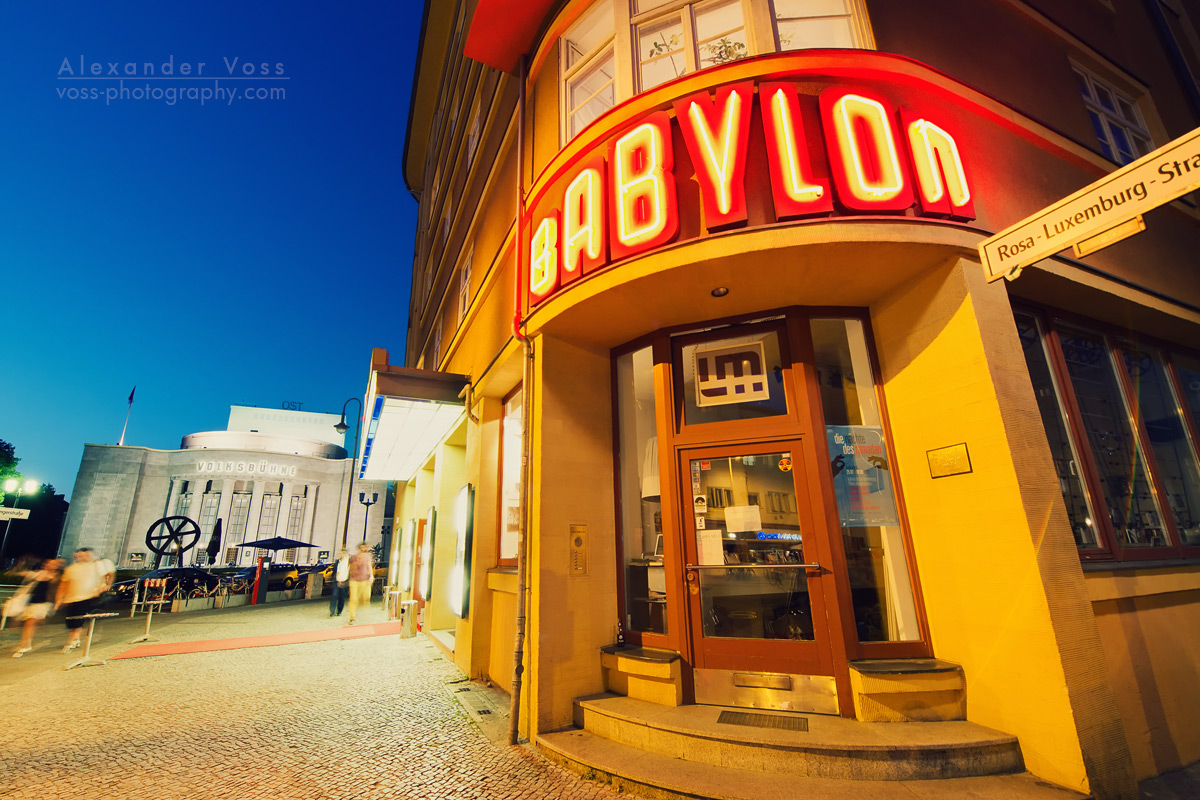 The famous Berlin cinema Babylon at Rosa-Luxemburg-Platz, with the Volksbühne in the background.